More Chicken Teriyaki!  I do love teriyaki sauce.. sweet, yet salty, and so tasty.

I kept the skin on the boned out chicken thighs this time, and grilled them rather than sautéing them, but I prefer them skinned I think. Otherwise, almost the same as the last teriyaki day... but I am playing with a new camera, so we have new slinky photos! 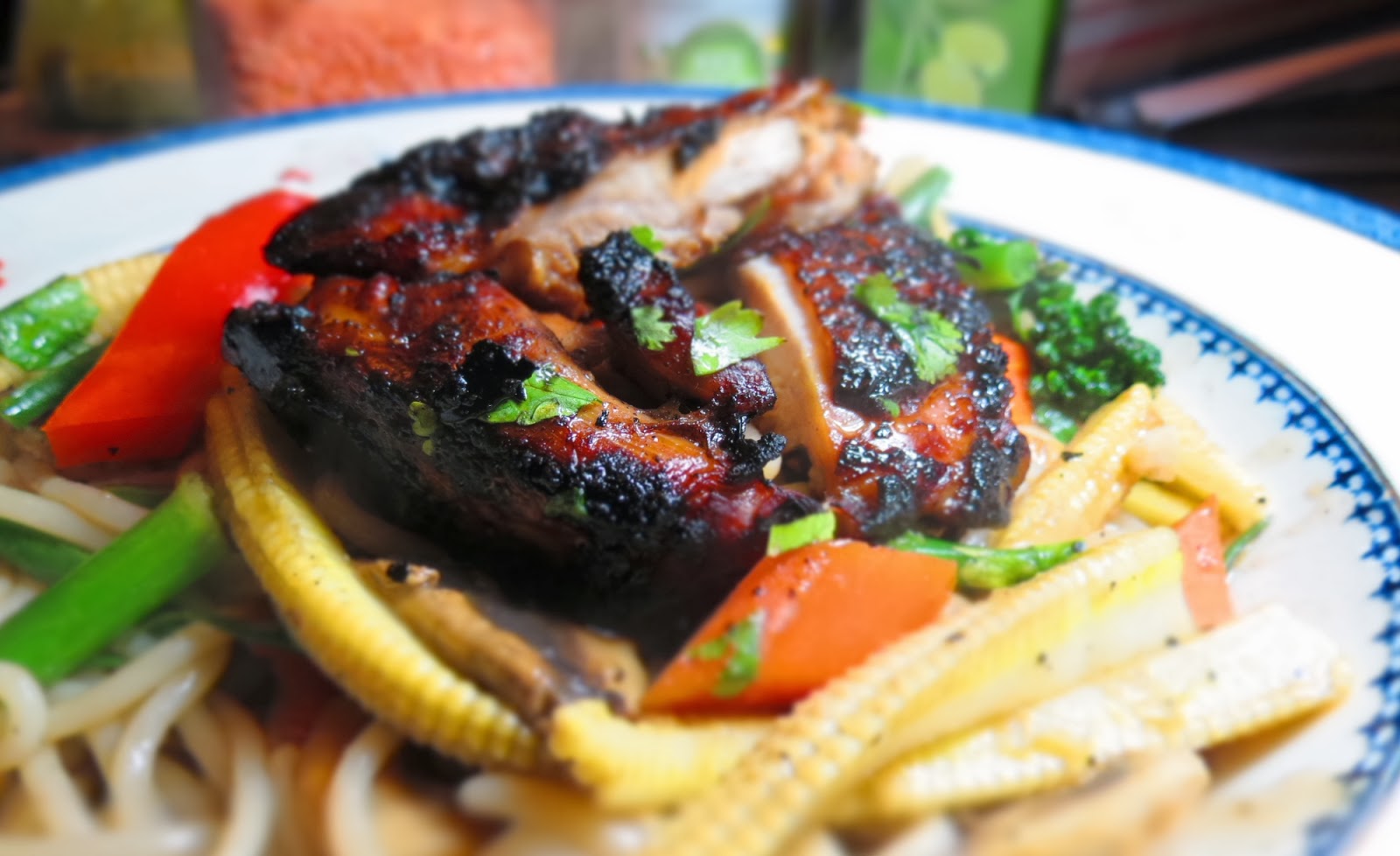 Posted by josordoni at 22:21 No comments:

Are you still with me in my swoosh fest? Number four used a small pack of fresh squid rings. Of course, you could use fresh squid. I just didn't feel like preparing it.... nothing wrong with using pre-prepared fish and meat, it gives other people a job :) 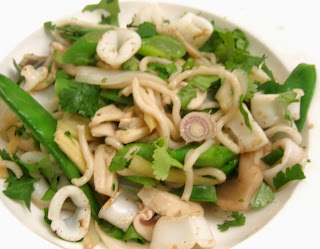 Protein: aforesaid squid rings, blanched, and tossed with 1 tsp sesame oil then griddled until only just cooked through (no more than 2 minutes or they will go tough) and put to one side.

Aromatics:  lemongrass, galangal, ginger, kaffir lime leaves. This is my go to for fish and shellfish.

Noodles; medium wheat noodles - the straight to wok ones.

warning: this was very light, and my husband was still hungry after dinner. So perhaps this is something to have some extra rice with? or just up the amount of veggies.
Posted by josordoni at 17:42 No comments:

so go to Swoosh one.  Follow the instructions except you will:

Replace the noodles with a pack of Udon noodles.
Replace the prawns with a pack of fish pie mix fish pieces ( I was going to make chowder with them, but then decided to swoosh them instead)
Use any veggie you have that isn't too strong flavoured (I am thinking cabbage or swede or turnip type...  )
Pop some black sesame seeds on at the end. 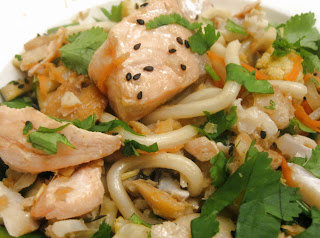 Are you still swooshing with me?
Posted by josordoni at 17:30 No comments: 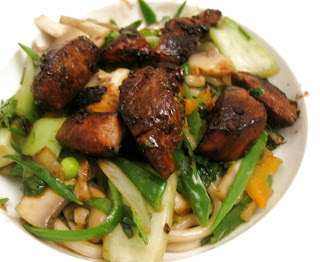 Bowl one: A pack of ready to wok Udon noodles (one every two people)

Bowl two: 1 and a half chicken breasts for two people. Cut into chunks. Marinated in two tablespoons teriyaki sauce and a teaspoon of Kecap Manis (Indonesian sweet soy)

Cook the chicken in a little oil in a frying pan until cooked through. Put to one side.

Swoosh as instructed in the last post ...  Plate veggies, top with chicken and eat.  Roughly 10 minutes (getting faster)
Posted by josordoni at 16:37 No comments:

Fills you with dread doesn't it? Well stop that dreading right now... I have the answer.

Spices and herbs, I think, are crucial when you are leaving fat out of the equation, and the cuisine I think has this in spades (as OH doesn't like Indian which would also be a contender) is Asian stir fried food. Low in fat, high in flavour. And infinitely variable. 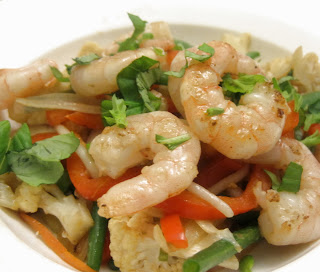 Six bowls to be prepared in advance.

Bowl one: Noodles - rice sticks, roughly 80-100g per person, these ones need simmering for 10 minutes, but follow the instructions on the package, some just need soaking, some need cooking. Keep them in a bowl of cold water whichever you use.

Onto plates and sprinkle with herbs.

Eat slowly with chopsticks, and smile righteously to yourself.
Posted by josordoni at 16:16 No comments:

So that was a birthday to forget in a hurry.....

I said that New Year started for me after my birthday, didn't I?

Oh boy did it start.

With the bang that was my gall-bladder hitting the roof over being fed a very delicious couple of lamb chops, with new potatoes, sprouts sautéed with chestnuts and some steamed beetroot. 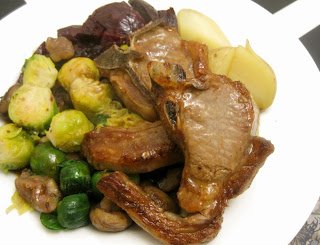 Looks fine doesn't it? I ate it enjoyed it, and then 3am the cramps started, and continued for 5 days.....

Posted by josordoni at 14:05 No comments:

Christmas, then New Year, then my birthday (7th of January if you are thinking of sending a card or present... thank you very much :) so for me The New Year (as against New Year's Day) Celebrations start on the 8th January. 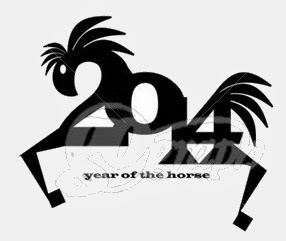 What would you like to see here as a celebration?  Come on, please give me some ideas.....