We have had a LOT of salads recently, and I got a pash on for something more autumnal.  A wander round the fridge presented me with beetroots, potatoes, celery, a rather manky half an onion, a pack of chopped pancetta and some eggs. The freezer finished it off with a pack of back bacon.  A Red Flannel hash was beckoning. 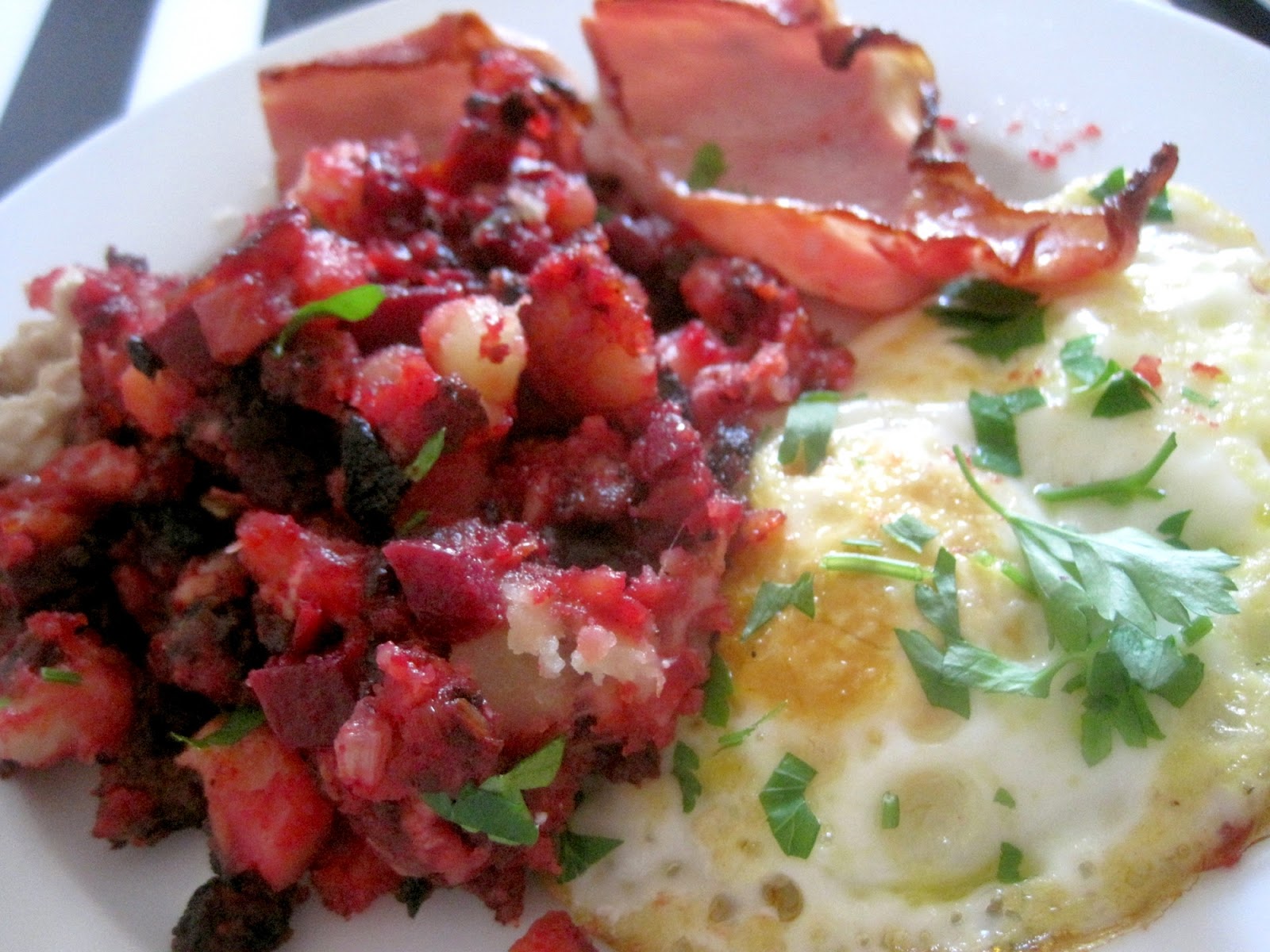 Whilst the bacon thawed out (with the help of the microwave - 20 mins on 10% power ) I popped the beets into the pressure cooker with half a pint of water. Brought to high pressure, cooked for 15 mins and then allowed to depressurise naturally - peel the beets while hot then allow to cool slightly and chop into half-inch cubes..

The potatoes meanwhile were chopped into half-inch cubes and boiled until tender, then drained and allowed to cool slightly.  The onion and celery were chopped mighty small and fried with the pancetta in a little olive oil then put into a large bowl to cool.

So now for assembly... the cubed potatoes and beetroot go into the bowl with the oniony mixture, and plentiful salt and pepper.  Heat 2-3 tablespoons of olive oil and a splash of garlic oil in a frying pan, and tip in the hash mixture.  Fry, turning over frequently, until it is nicely browned.

Whilst the hash is cooking - probably a good 15 mins to get it nicely brown - fry a couple of eggs how you like them. I have mine turned over, Bob prefers his unturned and - to me at any rate - snotty on the top (ugh...) and grill some back bacon.

Decant the hash into a serving dish and put the eggs and bacon on top, then sprinkle with chopped parsley if you are in the mood for cheffing it up a bit.  Eat with horseradish cream on the side. 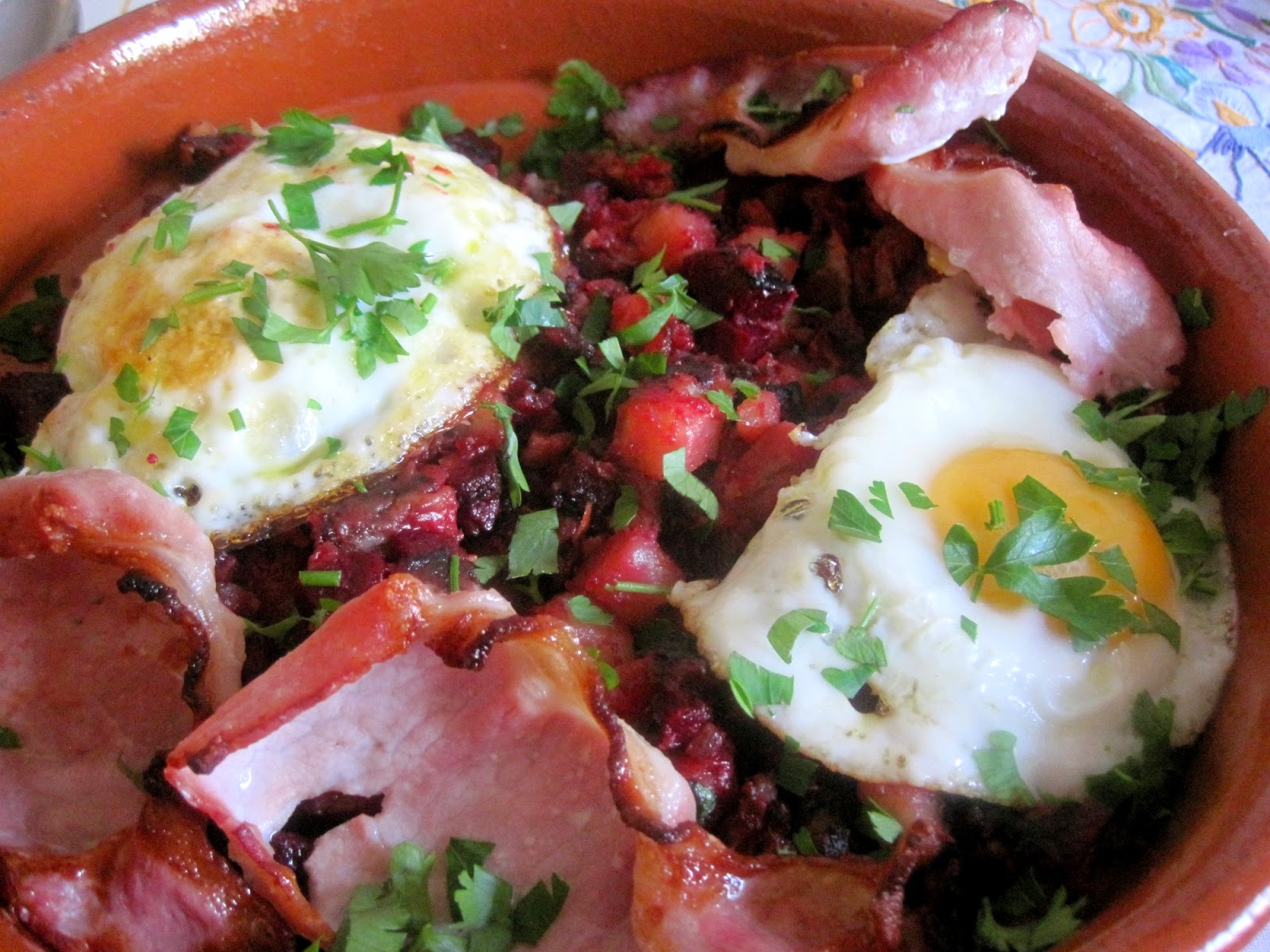